I realized this morning that I’m having a much harder time adjusting to the Spring Forward time change than ever before. And then it occurred to me that it’s not the time change… it’s EVERYTHING! People in this country today, from infants to elders, have never experienced an event so far-reaching and life-changing as what the World Health Organization now calls a “pandemic.” Regardless of what they choose to call it or how they choose to categorize it (including time-worn or currently popular conspiracy theories) it just adds fuel to the fire of worry and uncertainty burning inside us on a daily basis.

So how shall we weather this particular storm?

The same way we have weathered the past storms in our lives. We’ve survived childbirth, marriage, divorce, unruly kids, tummy flu, schoolyard bullies, single parenthood, military deployment, toxic work environments, crazy politicians, marital infidelity, old age, etc. etc. etc. If we have any experience at all, it’s experience in steering our little ships of state through choppy waters, and this is not really that different.

Here is some excellent, practical advice on how to deal with the stress created by COVID-19 in an already stressful environment.

10 practical tips to ease your fears about coronavirus

And if it still feels overwhelming, remember to watch your furry family members. They know how to weather any storm!

I’ll be showing you some photos, taken in Santa Fe, NM, on Old Pecos Trail, January 8, 2020. They may or may not upset you. You are invited to share your views in the space designed for comments below. Please DO NOT post racist, violent, obscene, or insulting comments. They will be marked as spam and trashed. There is enough war in the world and we don’t need one here. The object of this exercise is twofold: first, in the spirit of Wholebeing Wellness, to help bring our unacknowledged wounds and/or biases to the surface of consciousness for healing, and second, to initiate a productive and hopefully positive dialogue. The question I’m asking is simply this: is it better to know what’s going on in our world and perhaps address it, or to hide from this knowledge in hopes that “it won’t happen here?” In a fast-shrinking world, NIMBY is not a choice– it’s a disease.

Granted, in Santa Fe, this sort of activism is somewhat unusual– not because of the content of the imagery but because of how and where it is displayed– in a private neighborhood rather than a public place. Indeed one mother, walking by with her two children, confronted me yesterday as I was taking the photos and demanded to know what I thought about them. When I told her I felt that the display was timely and appropriate she became upset and insisted that it was “disturbing to young families” to see this sort of thing where they walked every day. I reminded her that she had children the same age as those depicted here, implying that a little compassion might be in order. But she wasn’t having any of that, so I just ended the conversation and went on with the photo shoot.

About the images: They were created by a Navajo artist who calls himself Remy– taken from actual photographs, enlarged, and attached to the wall with wheat paste. The wall on which they are mounted belongs to Guthrie Miller, a retired Los Alamos Laboratory scientist who had an epiphany and decided to “out” the violence to which he believes our military industrial complex contributes. He is a brave man– one who, despite the strong opposition of many of his neighbors, continues to allow the nonprofit Santa Feans for Justice in Palestine to post images on his wall. As you can see, some objecting viewers have already begun to tear the images off the wall.

And finally, an image posted earlier by a different artist.

Feel free to comment– but remember, please be kind. 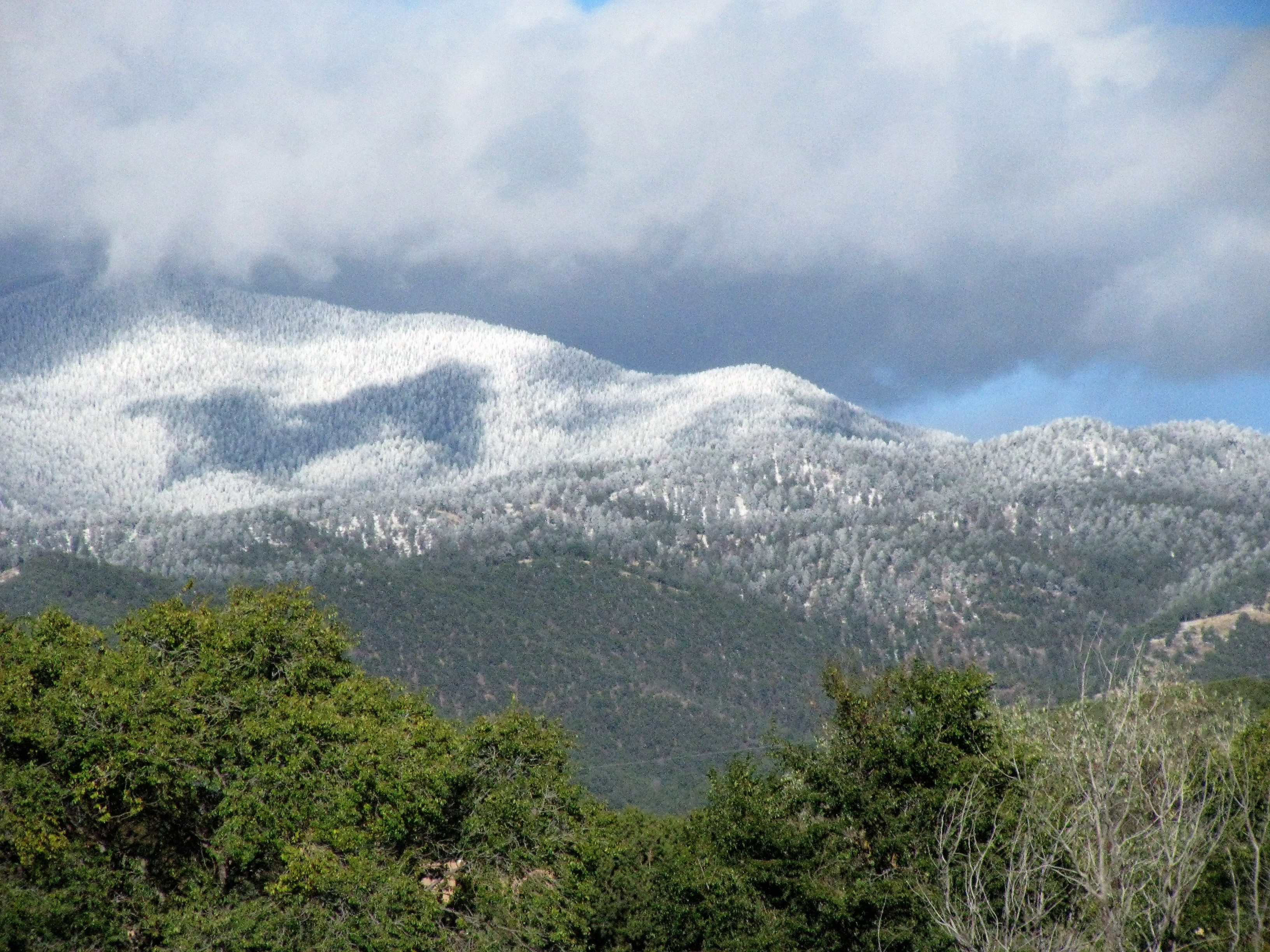